All for Joomla All for Webmasters

Whenever we ask we receive from Him, because we keep His commandments and do those things that are pleasing in His sight.
-1 John 3:22

When Josh McDowell’s mother died, he was not sure of her salvation. He became depressed. Was she a Christian or not? “Lord,” he prayed, “someone give me the answer so I can get back to normal’ I’ve just got to know.” I seemed like an impossible request.

Two days later, Josh drove out to the ocean and walked to the end of a pier to be alone. There sat an elderly woman in a lwanchair, fishing. “Where’s your home originally?” she asked. “Michigan- Union City,” Josh replied. “Nobody’s heard of it. I tell people it’s a suburb of-” “Battle Creek.” interrupted the woman. “I had a cousin from there. Did you know the McDowell family?”

Stunned,, Josh responded, “Yes I’m Josh McDowell.” “I can’t believe it.” said the woman. “I’m a cousin to your mother.” “Do you remember anything at all about my mother’s spiritual life?” asked Josh. “Why sure- your mom and I were just girls- teenagers-when a tent revival came to town. We both went forward to accept Christ.” “Praise God!” shouted Josh, starling the surrounding fishermen.

God delights to give us what we ask when it is in His will. Never underestimate His desire to respond to our prayers. A surprise may be just around the corner. –Dennis De Haan

That long-sought wish, oh, how I prayed,
I thought it not divinely willed,
And then the joyous, tear-stained smile
Of faith triumphant, hope fulfilled! –Brandth 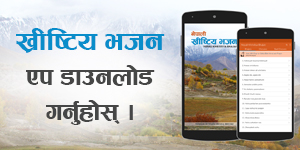